Stack Overflow and all its wisdom.

Stack Overflow is a huge resource for web programmers. But is it the place to ask questions?

Don’t give up on Stack Overflow just yet:

I took the plunge a month and asked my first question on stack overflow. If there was ever a time to do it, it was now. I had been fiddling around with footers for far too long. They always seem to work one way and not the other. I’d get them to work on one website and then using the exact same CSS styling would fail horribly. Wanting answers, I went to stack overflow and searched “sticky footers”, there I found a ton of responses with a bunch of different methods for styling footers. After attempting a few with no success, I decided to ask the coding community and share the example I was working on. What happened after that completely surprised me.

Stack Overflow has a system in which users can gain positive or negative interactions through either an up or down vote for answered questions. In an online boot camp I took through Udemy, the instructor mentioned that future employers will look at your rating on Stack Overflow to see whether it’s positive or negative. Think of it as likes, the more likes you have the better coder you are, because it means other coders are authenticating that your advice helped them. Sounds great right, but there is also a downvote, and coders can mark your feedback as unhelpful. Someone with a lot of negative reviews would definitely be a red flag for potential employers. 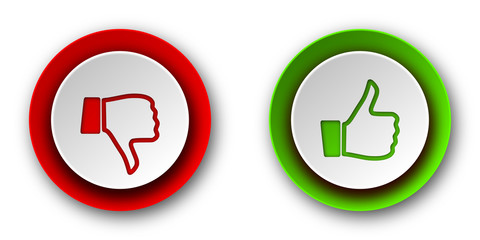 I would also like to mention there is a specific way of entering code that if you are not familiar with Stack Overflow you need to be prior to asking questions. You can’t simply copy and paste code from an editor, you have to indent four times which makes a block in your post for code. There are more of these tips you can review at Stackoverflow.com.

Back to the story, so I asked my very first stack overflow question and was immediately hit with downvotes to put it mildly. Programmers suggested I look up the question first before asking, which I did, but what I really found interesting was the ability to put a question on hold by other programmers. Shortly after the handful of downvotes I received, my question was placed on hold until I could provide more information. I went through the process of adding more content to the question but the damage was done. I did have a couple coders give suggestions on how to fix the sticky footer, which I thought was helpful but didn’t solve my issue.

The key issue here is that everyone codes differently and there are plenty of different ways to place a sticky footer. You want to be able to utilize stack overflow as a resource but run the risk of being dinged for asking. Now there was definitely a learning curve here and my advice is to be as elaborate as possible and try to condense your question to one. People who ask too many questions run the risk of being flagged, put on hold or worse, the dreaded downvote.

After this experience I started asking instructors and teaching assistants how they utilize stack overflow and all of them stated they had never even asked a question, in all their years of coding. They also mentioned that they didn’t even know how to add code to the question. So, is Stack Overflow better off as a resource? I don’t believe so, much like anything there will be individuals in the community that are harsher critics, but there will also be those willing to help. For the handful of downvotes I received, I also had a couple individuals attempt to solve my question and one very responsive coder. After explaining, that I’m still learning the ins and outs of Stack Overflow, he spent time answering my questions, which goes to show that this application really can benefit people just don’t be surprised if you come across a couple harsh critics.

One of the first things they teach you when you begin your coding journey, is Google everything. Google is your friend, search everything and anything. Who would have thought asking a simple question could lead to all this? Next time I’ll be better prepared and hopefully you will to.

I hope this was helpful and feel free to comment with suggestions or questions.